What Are The Top 3 Renewable Energies?

The increase in climate change concerns has led to the development and use of renewable energy sources.

But which renewable energy source is best?

The truth is that there are several different types of renewable energy sources that can deliver exceptional value and usefulness.

In the article below, we will discuss three of the best renewable sources.

Renewable energy is one of the fastest-growing energy sectors globally and in the United States.

In the United States, renewable energy sources accounted for almost 5 percent of the energy consumed in 2020.

The use of renewable energy sources in the US is expected to increase over the next 30 years.

That is higher than the overall growth rate in energy consumption under a business-as-usual scenario.

Renewable sources of energy made up 19.8% of electricity generation in 2020.

The increase is expected to come from wind and solar.

They do this by building their own facilities like wind farms or using solar roofs, procuring renewable electricity through power purchase agreements, and purchasing renewable energy certificates.

The costs of wind and solar renewable energy technologies have seen significant declines over the past decade.

In the nine years between 2010 and 2019, the cost of utility-scale solar photovoltaics fell 82%, and the price of onshore wind dropped 39 percent.

This makes them both very appealing renewable energy resources.

Increased demand requires more of these technologies to be manufactured and developed.

This leads to reduced costs due to learning and economies of scale, which increases the incentive for additional procurement.

The first form of energy we'll talk about is wind.

Wind energy is the largest source of sustainable energy in the United States.

It's responsible for about 8.4 percent of all energy sources generated in the country.

An offshore wind farm can generate massive power, and it offers a wide range of benefits.

Wind energy has very limited environmental side effects, offering the advantage of an overall carbon footprint even smaller than that of solar.

Wind-generated power mitigates the uncertainty that the cost of fuel adds to conventional energy sources.

Wind power can be sold as a fixed-price item, typically over decades. Because wind turbines run day and night, the energy they produce can be harnessed 24/7/365.

They can be easily produced domestically, reducing dependence on foreign oil and increasing energy security.

Along with wind energy, solar power is one of the fastest-growing power sources in the U.S.

Solar power made up about 2.3% of total energy in 2020 and centers around photovoltaic or solar-thermal power.

A solar farm can generate electrical power on a large scale, similar to a wind farm.

Solar technologies are only limited only by current technological capacities to harness the limitless energy of the sun.

The solar panel installation process can be done on most types of buildings and take up less space than wind turbines.

Solar power doesn't have a harsh effect on the environment, and experts noted that every kilowatt-hour of solar energy produced could significantly lower the number of greenhouse gases.

One of the most potent renewable technologies is hydropower generation.

Hydroelectric power uses the movement of water to turn turbines attached to a generator.

Hydroelectric power is responsible for approximately 7.3% of all electrical power produced in the U.S.

Hydropower can upload power to the grid immediately, and some hydroelectric plants are capable of going from zero to maximum output exceptionally quickly.

And flowing water is a constantly renewing resource and also offers the benefits of scale and capacity.

However, the Department of Energy says that 97% of the nation's dams are not equipped to produce power.

If these dams are retrofitted, they could produce power for millions of homes and offset more than 190 million barrels of oil. 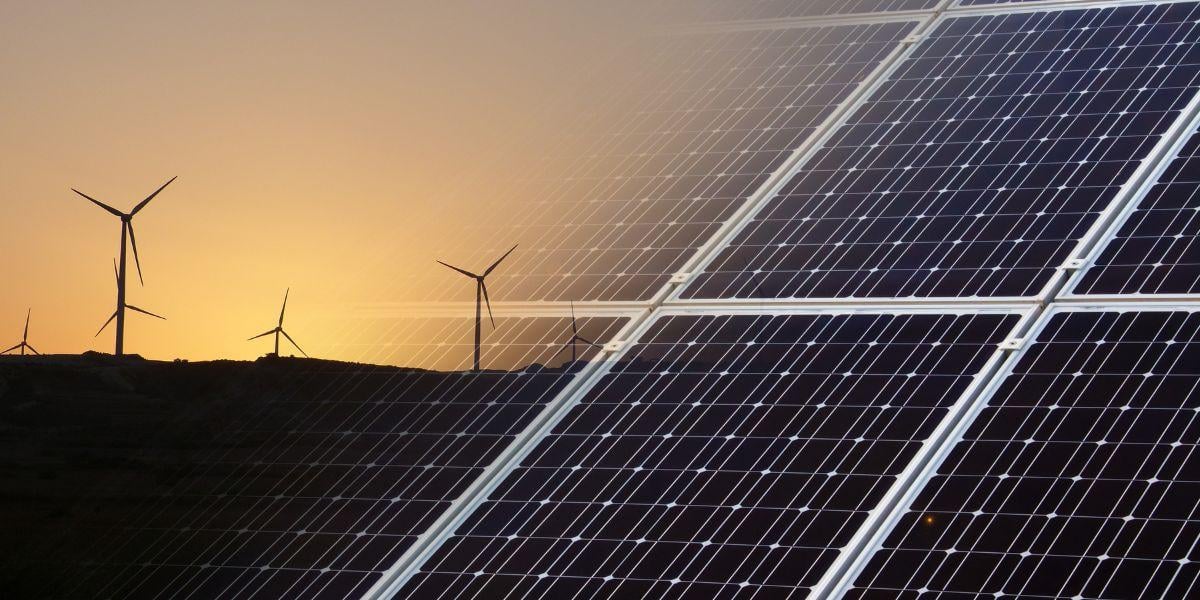 Which Renewable Resource is Best?

All three of these renewable energy sources have beneficial implications for our environment.

However, solar power seems to have the most upside because it is accessible to the consumer market.

Not every home or business can build a dam or set up a wind turbine, but most companies can purchase and place solar panels on their roof.

Our team has experience designing and overseeing the installation of power equipment and systems, including turbines, generation systems, and transmission infrastructure.
Our services in the renewable energy industry range from full-service, multi-discipline engineering to construction management, project management, feasibility studies, scheduling, procurement, and much more.

Contact CDMG today to receive a detailed and personalized quote for your Renewable Energy Project!