The Most Famous Steel Structures In The World

It may seem like a new trend, but metal building structures have been successful as factories, warehouses, and worldwide icons for over 150 years.

Steel has been an essential building material for all types and sizes of buildings worldwide since the Industrial Revolution.

Construction and manufacturing industries were booming during the Industrial Revolution in the United States.

Americans always desire new technologies and goods, and this causes businesses to build new factories that can produce an overwhelming desire for products.

During this time, manufacturers discovered an inexpensive way to produce large quantities of steel.

Check out our article The Most Used Metals In The Construction Industry to learn more about how steel and metal have revolutionized the construction industry.

This leads to metal building structures that have the durability and cost-effectiveness of steel.

Now it seems like the only limit on steel buildings is our imagination.

Buildings that were the tallest in the world one year are overtaken the next.

Architectural marvels made with steel seem like old news when the next one that goes up is even more groundbreaking.

But these buildings remain memorable for reasons other than the material they were built from.

They highlight the design flexibility as well as the endurance of a well-made metal building.

In the article below, we will highlight some of the most famous steel structures in the world. When you think of iconic buildings, no matter what material they were made out of, the Empire State Building in New York City is probably one of the very first images that come to mind.

Made back in 1931, the skyscraper was truly ahead of its time.

The 103-story skyscraper stands at an impressive 1,454 feet, which gave it the title of the world's tallest structure for nearly 40 years.

The Empire State Building also features a variety of technological equipment, including power units similar to Warren cat generators as a safeguard for the businesses housed there.

When making a list of the world's most impressive buildings, this one is always towards the top, no matter what the category is.

The Eiffel Tower, the world's most recognized landmark, had to be at the top of this list.

It was built in 1889 for the World's Fair, and it has been an iconic landmark in Paris ever since.

The Steel House is located in Lubbock, Tx, and was designed by a famous steel sculptor, Robert Bruno.

The house was created because Bruno wanted to know what ti would be like to live in one of his famous steel structures.

Bruno spent 23 years working on the home, but he, unfortunately, passed away before he could complete it.

The Steel House is a dome-shaped building, constructed from 110 tons of steel.

It has the reputation of being one of the most unique steel buildings ever.

Sitting in St. Louis, Missouri, the Gateway Arch is often called the "Gateway to the West."

It has stood the test of time and is considered one of the most impressive man-made structures over the last 50 years.

Measuring 630 feet at its peak, and constructed of stainless steel, the monument stands as the world's tallest arch.

The beautiful steel structure stands tall in the beautiful St. Louis skyline, a city famous for its baseball and rock legend Chuck Berry.

The Sears Tower, also known as the Willis Tower, is located in Chicago, Illinois, and was constructed in the 1970s.

Because of the harsh winds, Chicago is known for, the building's strength was a priority in its design.

The frame of the Sears Tower features a unique design as it was several smaller structures held together with massive steel beams and supports. 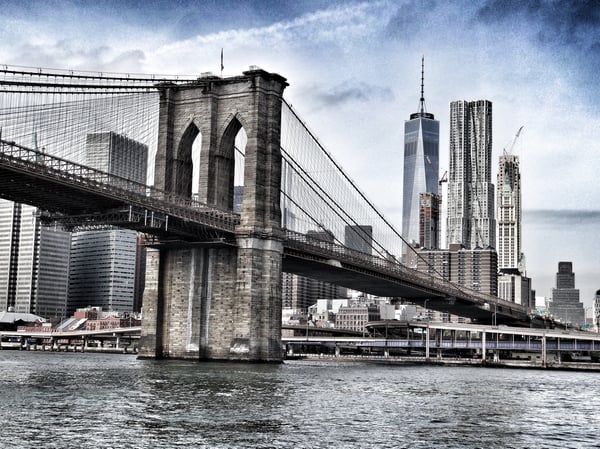 It took years to complete because of all of the heavy metal that was involved.

It's the oldest bridge in New York and is still open to vehicle and pedestrian traffic today.

The Seagram Building is another notable skyscraper in New York City.

It was constructed in Manhattan in 1958 by the German architect Ludwig Mies van der Rohe.

His goal when creating the Seagram Building was to design a building that expressed simplicity and functionality in its appearance.

The Seagram is currently home to a wide variety of buildings as well as a restaurant.

Pennsylvania's Steel Tower is the most notable building on Pittsburgh's skyline and was formerly the tallest building in the state.

Its name represents the U.S. Steel Corporation that constructed it as well as a large amount of the steel that was used to build it.

The design of the U.S. Steel Tower is a wonder in itself because it has the largest roof of any structure of its height and was the first building constructed using liquid-fireproofed columns.

At the time of this writing, the Burj Khalifa stands as the world's tallest man-made structure at 829.8 meters or 2,719.8 feet.

The building was finished in 2009 after nearly five years of construction using a bundled tube design to reduce the amount of steel the building would require.

The Burj Khalifa contains 163 floors, including an 11-hectare park, an observation deck on the 124th floor, and a 900-foot long fountain that shoots water nearly 500 feet in the air.

Each elevator has to travel over 1,600 feet to get from the bottom to the top of the building. 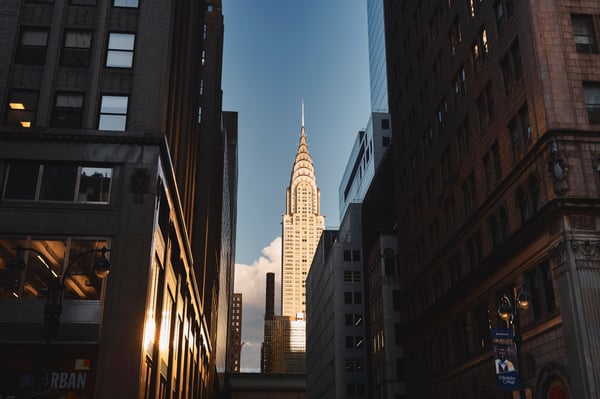 Construction on the Chrysler Building was completed in 1930, which allowed it to be the tallest structure in the world for almost a year.

It contains many features that helped pave the way for future skyscrapers to overtake it as the world's tallest building.

It sports the same art deco design as the Empire State Building, which took its place as the world's tallest building.

Build Your Next Structure With Steel

Some of the most innovative and groundbreaking buildings of their time were built using steel.

If the Eiffel Tower, Empire State Building, and the Burj Khalifa were all built using steel, you know steel is capable of doing everything you want to do and more for your next prefabricated steel building.

Whether you are starting a new business, building a new home, need a new barn or garage, or any other need you can think of, steel is your best choice.

To learn more about the benefits of steel and why you should use it to build your next building, contact the team at CDMG today.

Check out our other articles:

Why You Should Choose A Metal Building For Your Business

Maintenance Tips For Your Metal Building