The Biggest Myths About Metal Buildings

Find me on:
LinkedIn

Over the years, metal buildings have slowly and steadily increased in popularity and have become mainstream.

Metal buildings used to "live on the fringe," but now they are legitimate building option no matter what kind of project you have.

However, since they are still a relatively new idea for most people, there are still several myths circulating about metal buildings that just aren't true.

All the myths seem like they could be true, but none of them are based on actual facts.

In the article below, we will bust some of the most common myths about metal buildings.

This is the myth that gets thrown around the most, so let's break it down.

When you build with steel, you have chosen a material that is designed to last for decades with practically zero maintenance.

Is that true of traditional timber buildings, or even stone or concrete construction?

Sure, the initial costs might be higher for metal buildings, but you will save a considerable amount of money throughout the lifetime of the metal building.

You need less skilled work for a much shorter time, producing less waste, saving you money on time, labor, and cleanup.

Compared to traditional techniques, your maintenance and repair costs will be next to nothing with a metal building.

Metal Buildings Are Limited In Design And Unattractive

This isn't true at all.

Steel is one of the most versatile building materials available.

Metal buildings are not limited to a box-like appearance and are often hard to identify at first glance.

Using a variety of colors, textures, and finishes, a metal building can appear to be made of any material, including stone and brick.

Trim, varying rooflines and profiles, along with a variety of other accessories help create unique structures that can stand out or blend in.

The waves pass between studs, and radio, television, and cell phones will work the same in a metal building as they do in any other building.

If your cell phone has ever worked in an office building or at the grocery store, your phone has already proven it will be just fine in a metal building.

Metal buildings have been used for years across the globe with no reports of them interfering with wifi signals.

The steel used in metal building systems is coated with Galvalume(R) or other galvanized coating before it leaves the steel plant.

Metal building manufacturers and fabricators also have access to metal-coated steel in color finishes with a variety of textures.

Rust is only ever an issue if that coating is damaged or scratched, or if field-cut edges aren't sealed before they're placed.

Simple routine maintenance to ensure the coating is renewed in damaged areas keeps rust from becoming a problem.

Metal is an electrical conductor, sure. It makes sense that this is a myth.

But, metal is a positive conductor to earth.

The energy from a lightning strike would be spread over the entire roof and then channeled to the ground.

The strike isn't released destructively in the frame as you would see in a traditional wood structure.

It's actually safer to be in a metal building during a thunderstorm that a wooden building.

Metal Buildings Are Unsafe When Exposed To Live Electrical Wire

All electrical energy will be channeled to the ground through the buildings metal fame.

Also, every modern metal building is required to be equipped with ground fault interrupt (GFI) outlets and circuits.

In a wooden building, a damaged or pierced wire can leak current and start a fire.

Hail on a metal roof would sound horrible inside of the building.

The sound inside the building would probably bounce off the walls and echo, right?

As long as the building is insulated, neither of those ideas are correct.

Metal roofs are installed directly onto insulation in the form of fiberglass or foam and the sound is muffled considerably.

The walls inside are finished with drywall or other coverings that won;t echo any more than a traditional building.

If you're basing this claim off of how hot your metal garden shed gets in the summer then I can see why you think you have a point.

That's just not the case with metal building systems.

With proper insulation and a cool roof, your metal building can maintain a comfortable interior with less energy than a traditional timber building.

Insulation can be easily installed as bats, blankets, and blown foam to R-values that can keep heat or cool air inside.

A cool roof with special infrared pigments can reflect solar energy and re-emit heat as light so that less heat builds op on your roof and seeps into the interior. 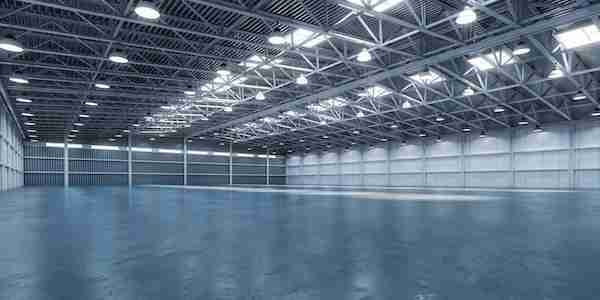 Metal Buildings Are Weak And Flimsy

This is perhaps the most outrageous myth of them all.

Steel is one of the strongest materials on the planet.

Don't Believe Everything You Hear

No matter what your neighbor or some blog post on the internet says, steel buildings are not rusty, rickety, blown up versions of your old garden shed.

In the long run, they are also much cheaper to build and maintain than traditional timber buildings.

CDMG is one of the most respected companies, and were recently named one of the Top Metal Builders.

If you enjoyed this article, you should give these a read:

The Original Article Is Here