Solar panels are one of the fastest-growing energy systems in the United States.

Studies completed by the Solar Energy Industries Association show that the solar market is expected to become a 4.5 billion dollar market by 2023, doubling in size.

As solar power has increased in popularity, innovative methods for accessing solar energy have been developed.

What Types of Solar Energy Systems are Available?

There are three mainstream solar power options that offer accessible, robust systems with the technology to heat your metal building efficiently:

Each of these powerful systems is worth considering for your project.

And don't miss the solar energy incentives at the end of this page for massive savings on your solar power system.

When most people think of solar power, they think of voltaic solar panel technology that utilizes rooftop solar panels to generate electricity.

In this system, a number of solar panels are secured to the roof or other location on the property to convert solar energy to electricity.

Solar shingles are a newer development in solar panel technology that mimics the look and design of traditional shingles.

Solar shingles provide a more design-friendly and aesthetically pleasing option than the bulky panels that are also available on the market.

Solar Voltaic Systems can work in one of two ways: 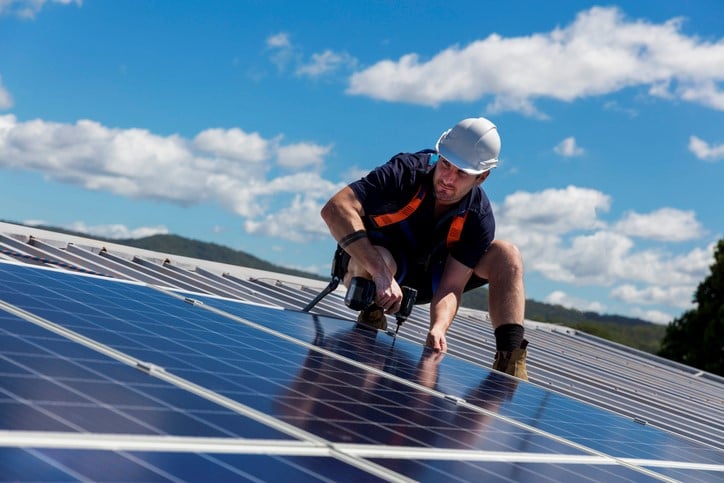 In a net metering system, solar panels are hooked up to a local electricity distribution grid.

Solar panels feed power to the network, and then the power company reimburses the owners of the solar panels for the energy.

This process ensures all energy is used without any losses.

If panels begin to produce more electricity than is needed by the homeowners, the excess power feeds back into the power grid.

Most of the time homeowners receive a credit on their utility bill for the power generated by the solar panels, and that credit can be used later to cover utility costs when electrical needs exceed solar output.

Solar-plus-storage systems are used to directly power a building “off-grid."

These systems use batteries and a completely rewired electrical system to be completely energy independent.

When a solar battery is incorporated into a solar panel system, property owners store excess solar energy onsite rather than sending it to the grid.

When more electricity is produced than is needed, the excess energy is stored in a battery for use at night, on cloudy days, or during power outages.

Batteries are sold in varying capacities, the larger the battery’s storage capacity, the more electricity it can store.

If your solar energy system produces more energy than you can use and store in your battery, then the additional excess will be sent to the grid.

Owners will still have the capacity to draw electricity from the network should the battery be depleted at any point.

One reason net-metering is more popular than solar-plus-storage is related to the diminishing nature of electricity storage.

Solar-plus storage is typically considered less efficient because of the natural losses related to power storage.

When owners draw energy from the grid, and solar panels reimburse the grid, all the energy gets used without undue losses.

The latest solar panel technology is mitigating the drawbacks to energy storage, but in either system solar panels typically translate into a discounted electrical bill for the property owner.

Rather than generating electricity, solar thermal systems utilize solar energy to heat water through a boiler and radiator-like system that can be easily incorporated with existing systems.

There are two types of solar thermal systems: a high-efficiency pump system and a vacuum-based tube system.

The pump system pumps water through tubes on the rooftop where heat from the sun naturally heats the water.

The vacuum system is a more efficient option that utilizes a vacuum, rather than a pump, and a heat exchanger.

Both systems power up when the roof and water heater reach a designated minimum temperature.

Despite being less popular, solar thermal systems are highly efficient and provide more energy savings than a solar voltaic system with a shorter payback period. 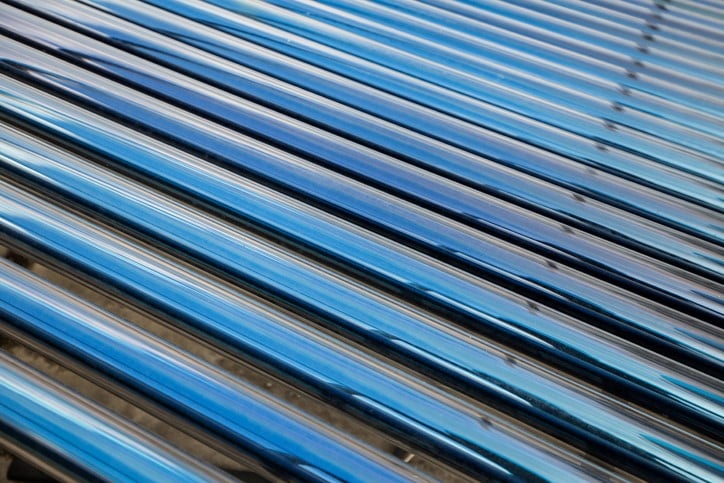 Solar walls work with ductwork and furnaces and absorb heat from solar radiation on a south-facing wall.

Solar walls warm the air within and then the air naturally rises to a rooftop HVAC unit for heating the house. Solar walls also work well in conjunction with existing building systems.

To enable solar energy is an accessible, cost-effective alternative, feed-in tariffs, and grants and government subsidies are in-place to provide discounts for property owners.

As of 2019, additional cost-savings opportunities and solar incentives include:

Each of these three solar energy systems can be incorporated into a metal building system.

Be sure to consult with the design engineer for your building early in the planning stages to ensure your building construction will support the solar energy system of your choice.

In many cases, solar energy systems can be incorporated into building designs without adding to the cost of the metal building itself.

Our team of designers and engineers are ready to discuss your metal building construction today. Call or click the button below to get started!